Where does the time go?

Let’s consider a single week; the figures I’ll use came from a company I was working with recently. They had a number of developers and designers working together as an agile team, and although some of the details I’ll talk about are specific to developers, there are similar things for designers — or indeed people doing totally different types of work. 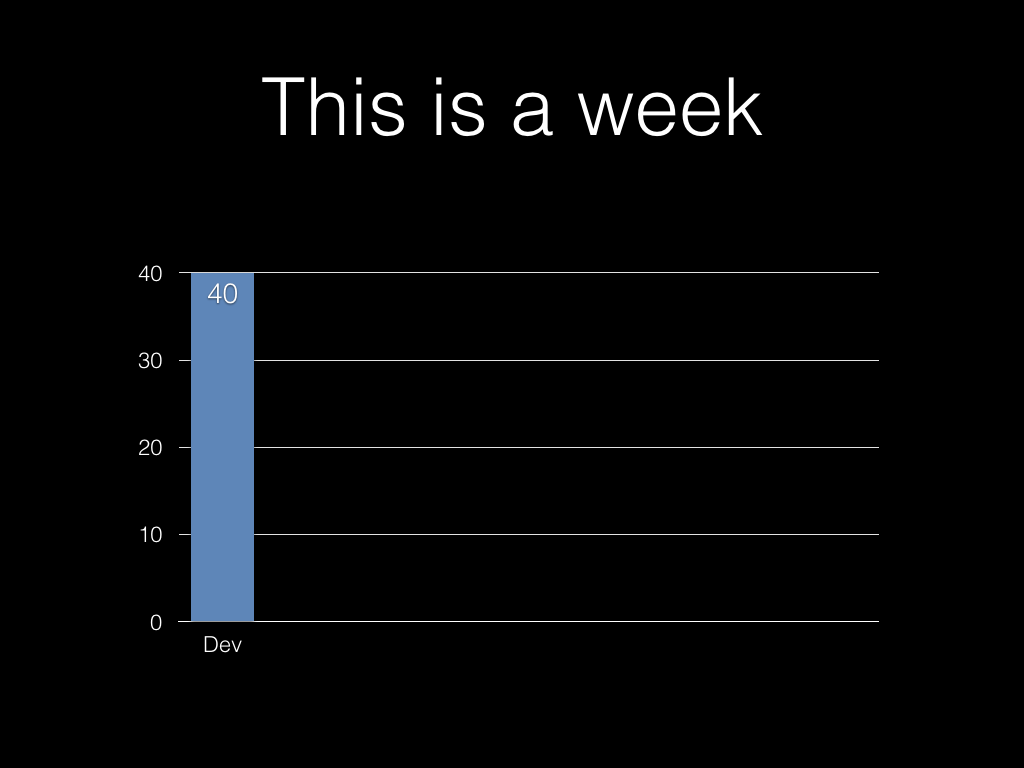 If you’re really efficient, your standup is genuinely five minutes every day. If you’re honest, a lot of the time it’s 15-20 minutes, particularly if people start assembling five minutes early, and chat a bit as they leave. We were more like that. 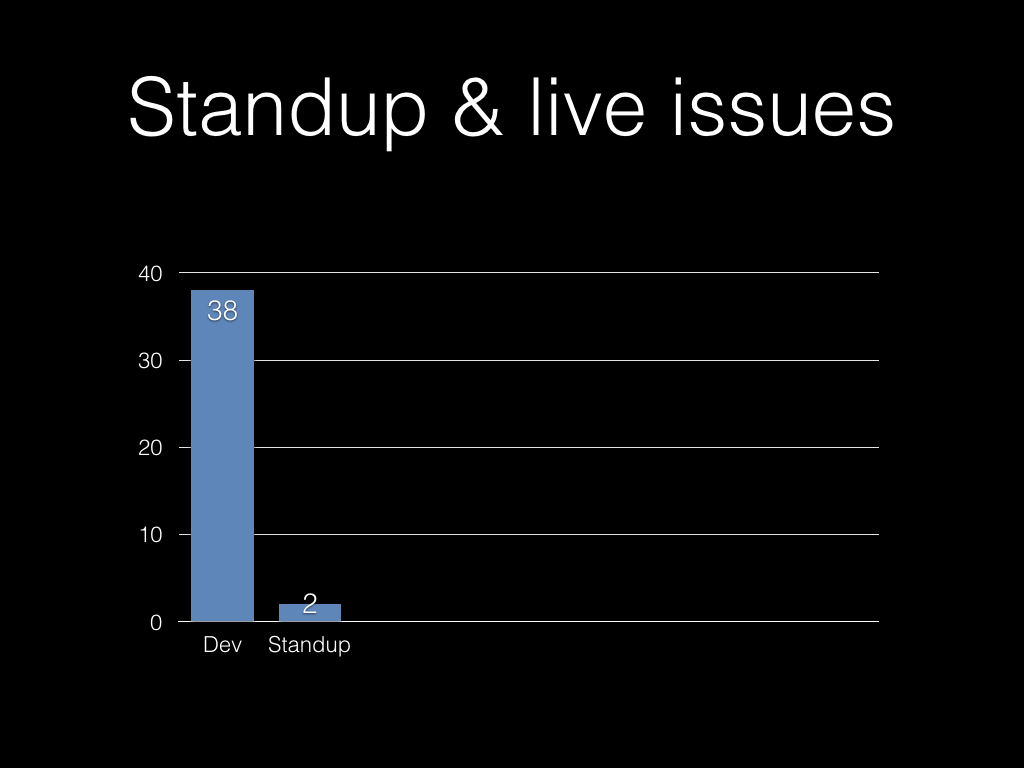 Every iteration we had a retrospective meeting. 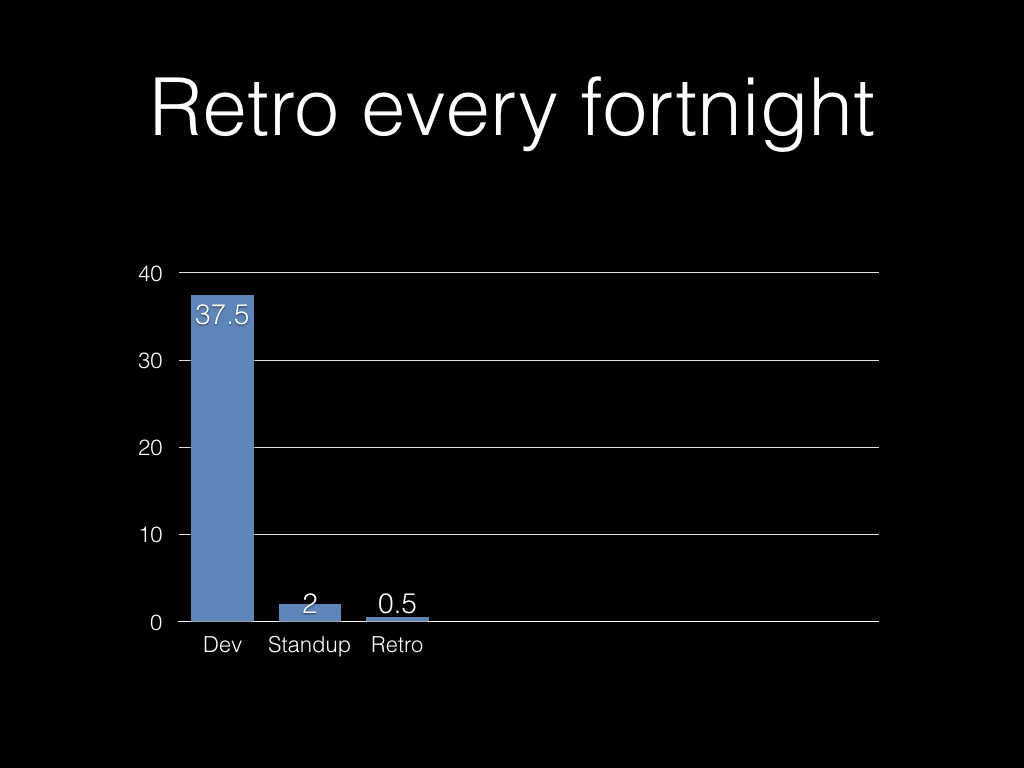 And we spent time as a team every week doing backlog grooming, estimation and so on. (This wasn’t ideal in some respects, but the whole team wanted to be involved throughout.)

Hopefully everyone gets a one-to-one meeting with their manager regularly. 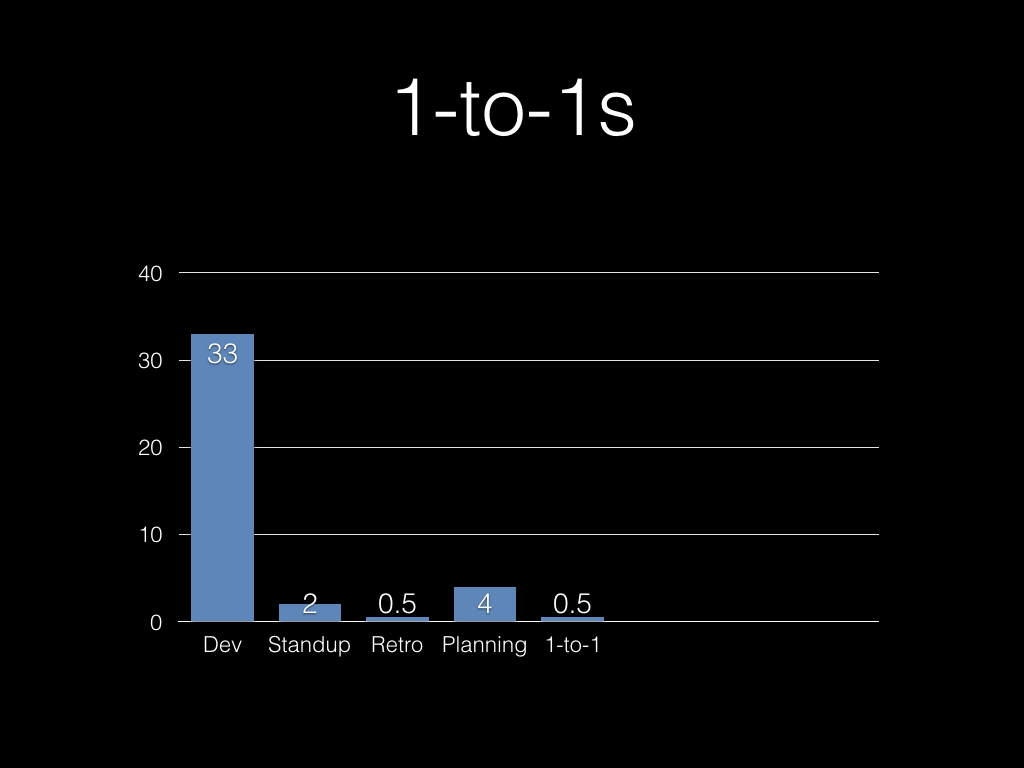 Lots of teams use github Pull Requests or something similar for code reviews. If each developer spends half an hour a day reviewing others’ work, that’s more than two hours a week. 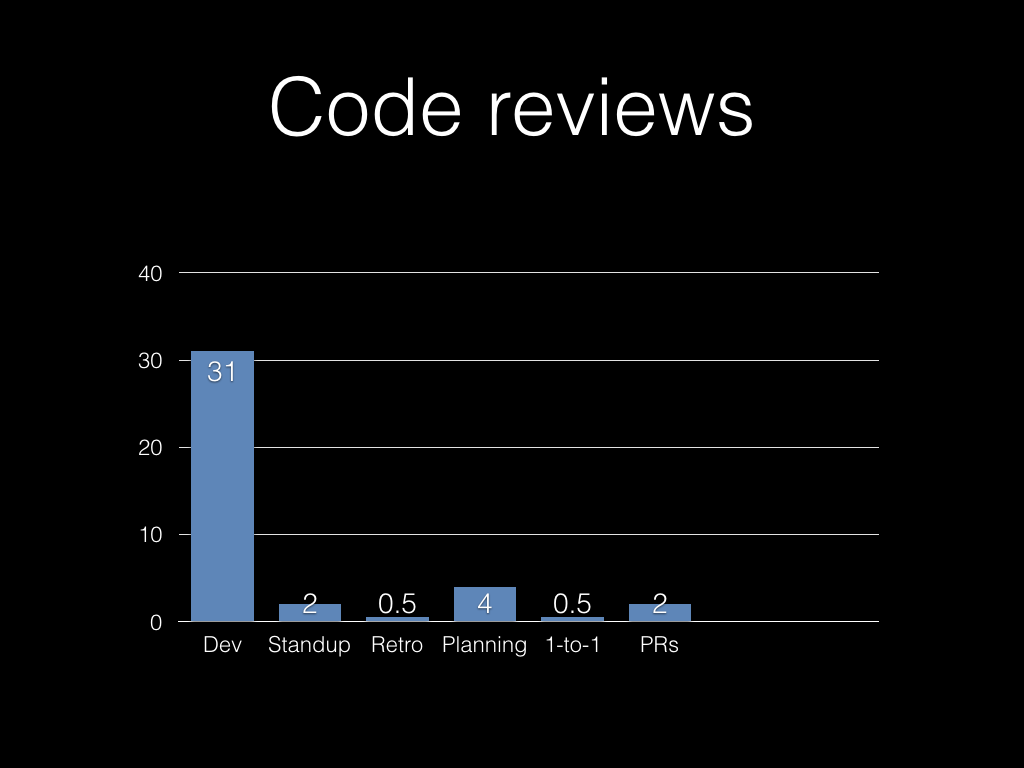 If you’re unlucky, there are lots of company meetings you get sucked into. If you’re lucky, then you’re probably spending more time on code reviews. And of course some company meetings are important, so you can’t eliminate them entirely. 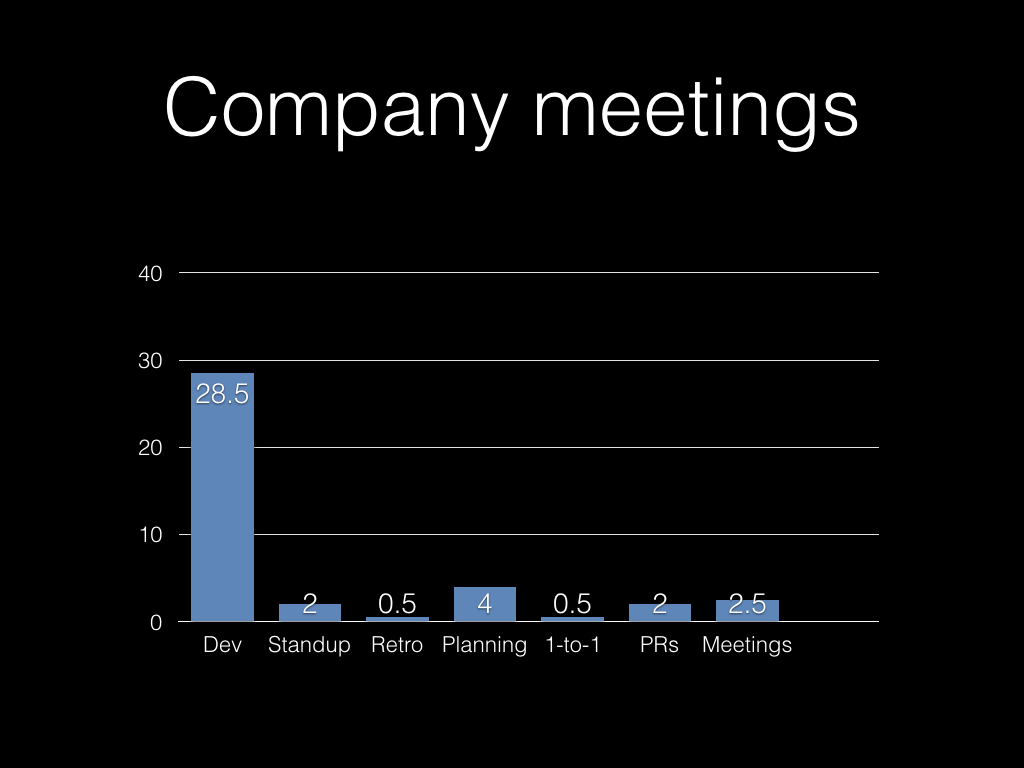 And there’s always other things… 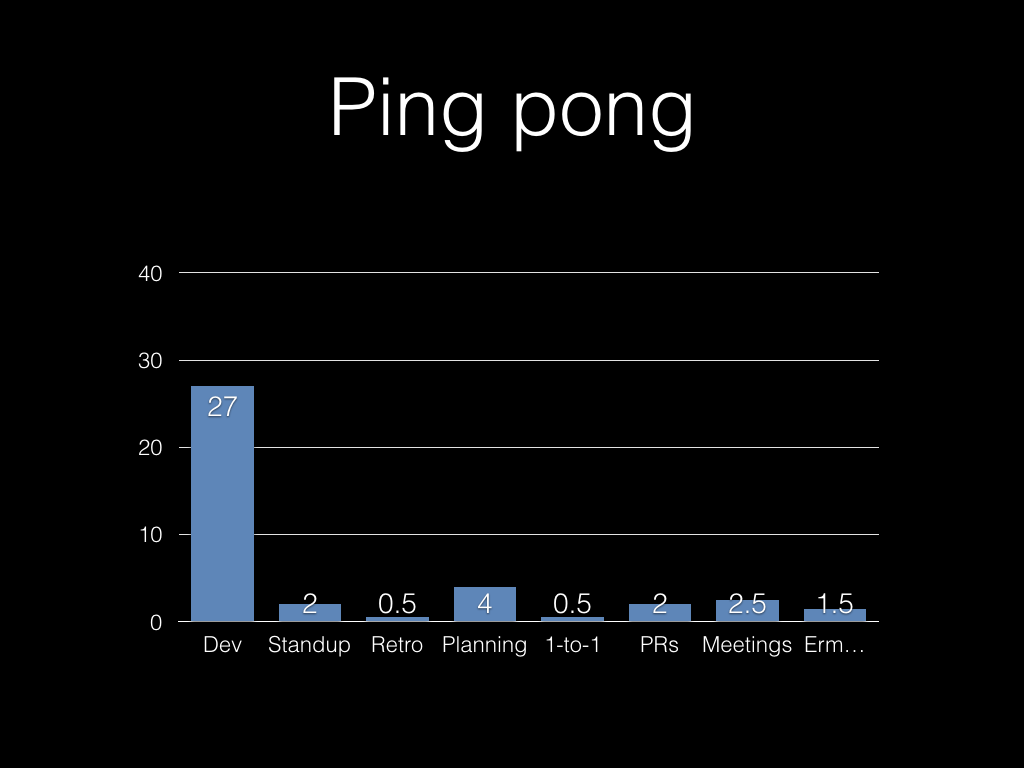 So that leaves us with: 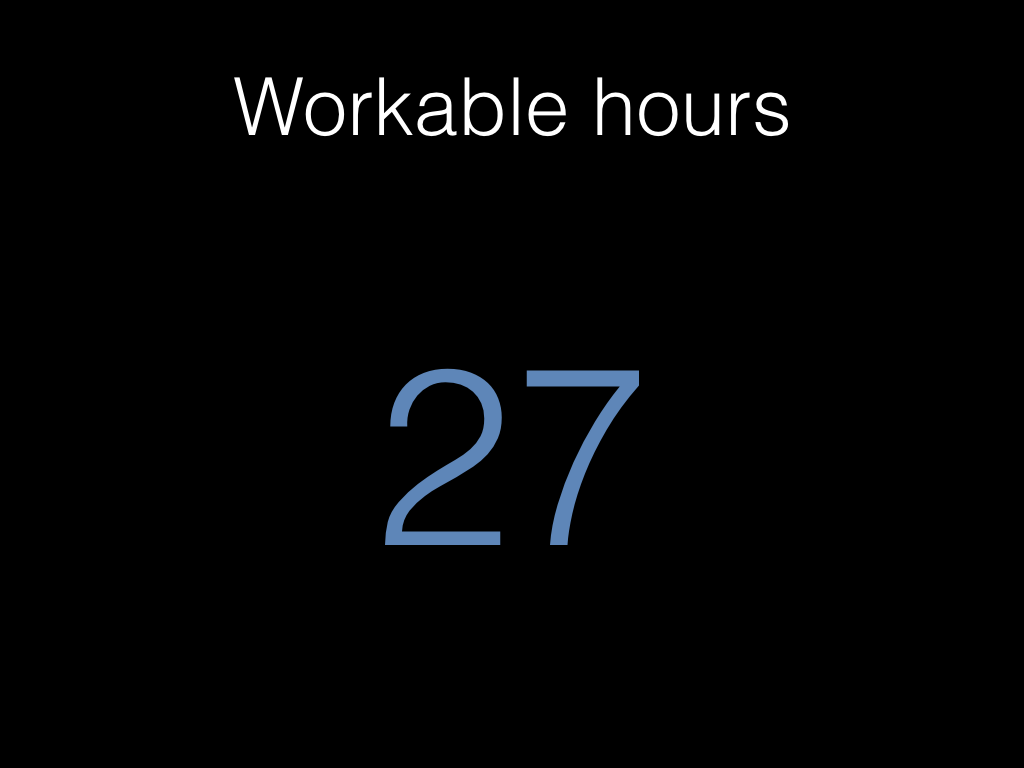 Note that quite a lot of the other thirteen hours are work as well. But here we’re thinking in terms of the time available to plan, build, test and deliver new functionality.

27 hours sounds okay, doesn’t it? But we’re not finished yet. Consider a year: 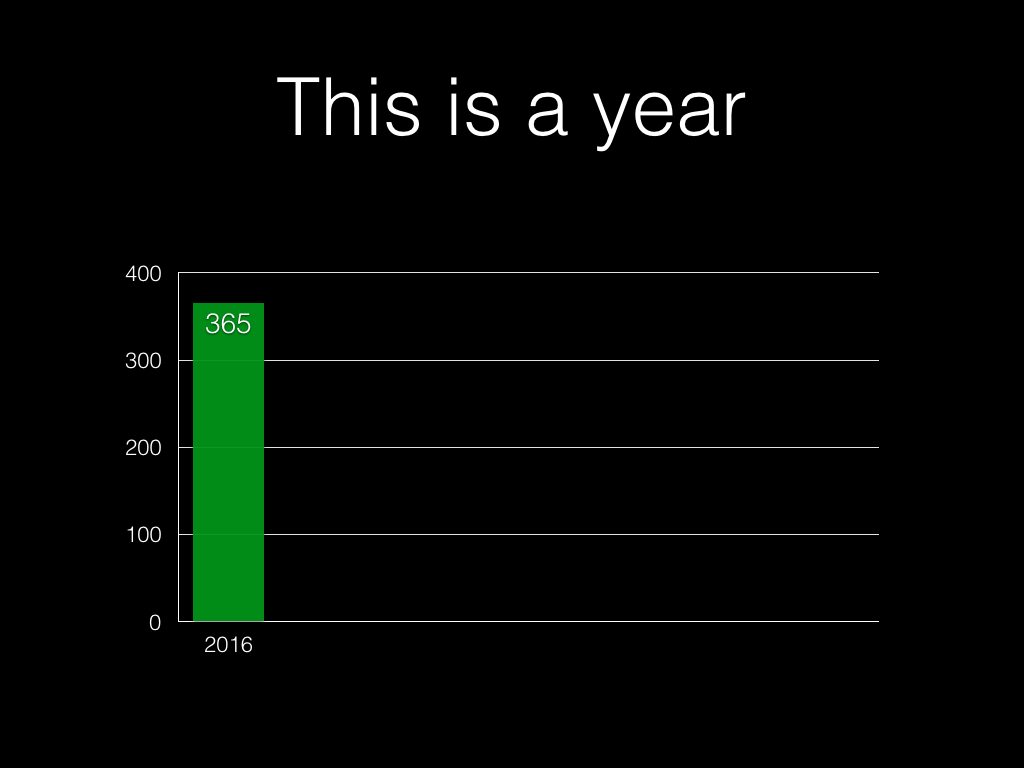 Unless it’s a leap year: 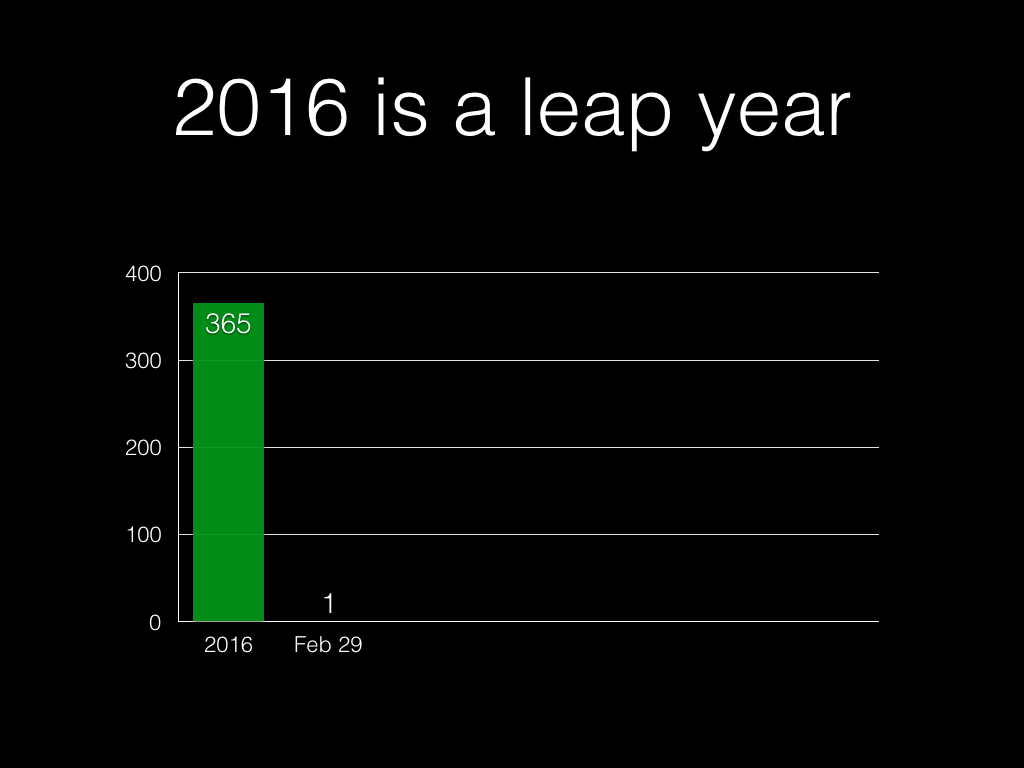 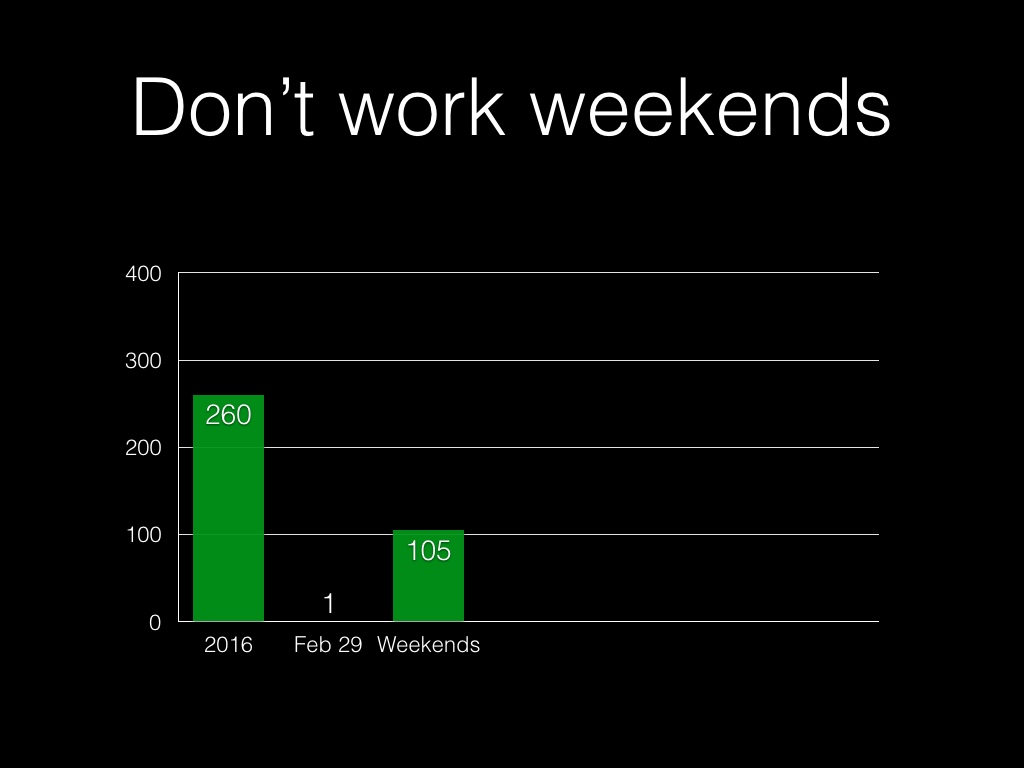 In the UK we have eight days that are “statutory holidays”, like 1st May and “Boxing Day”. 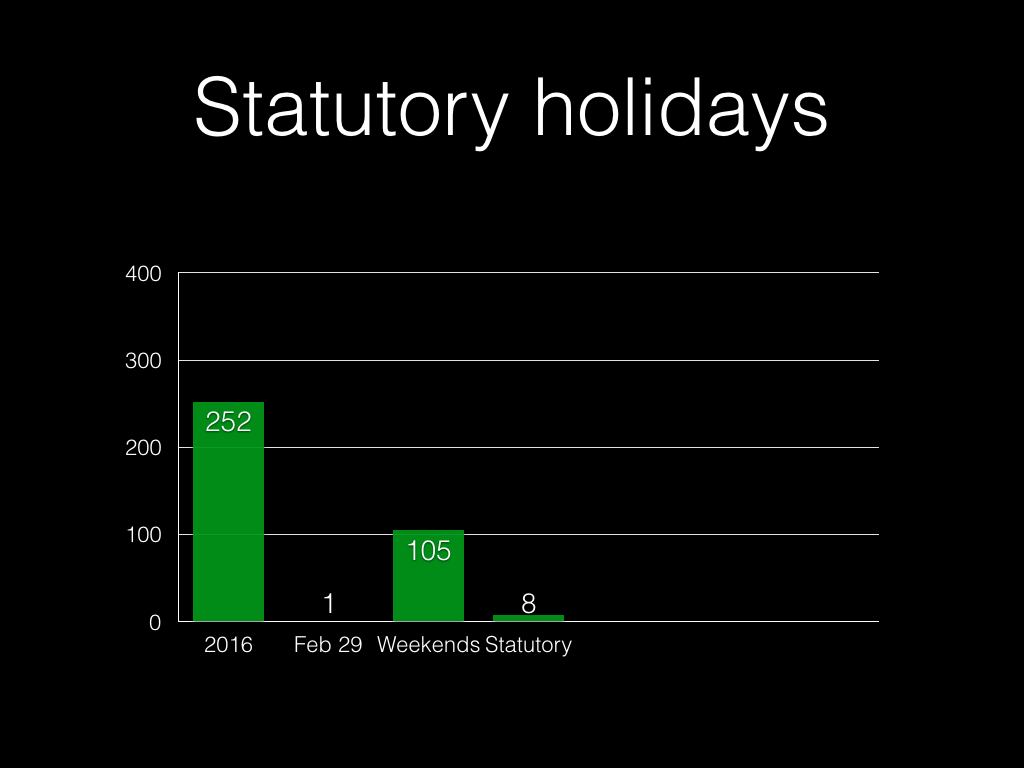 If you’re in fulltime work in the UK, you get another 20 days’ holiday by law. 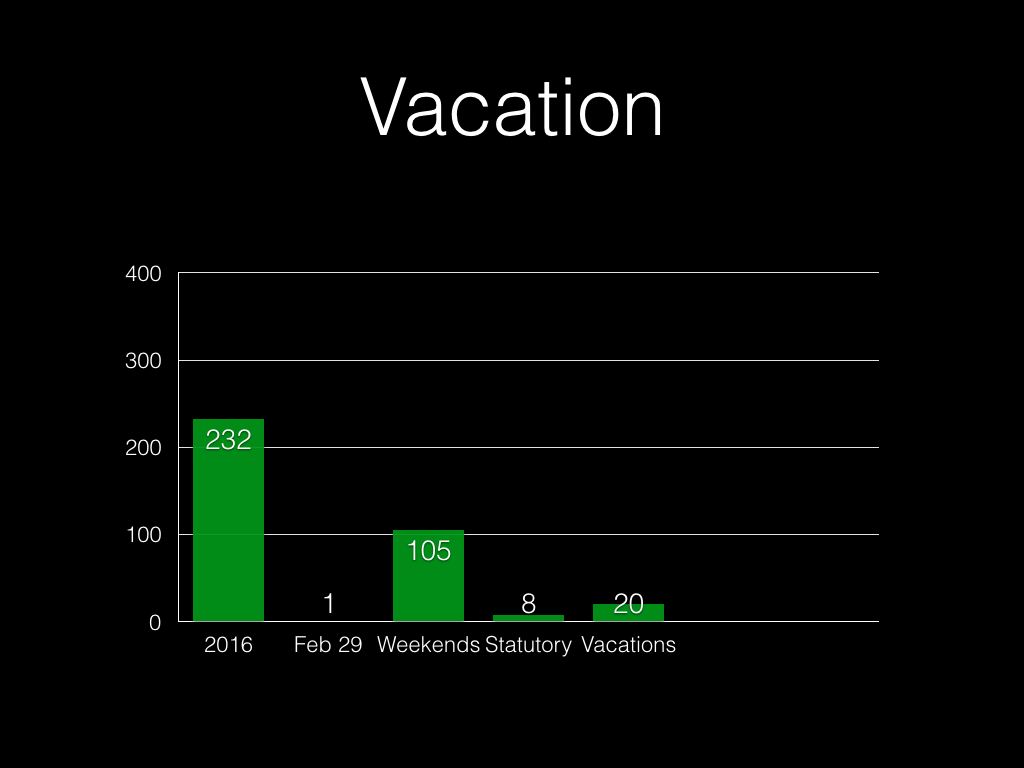 People will take some sick days. (I got this number from averages for the IT sector in the UK, although it’s quite heavily contested.) 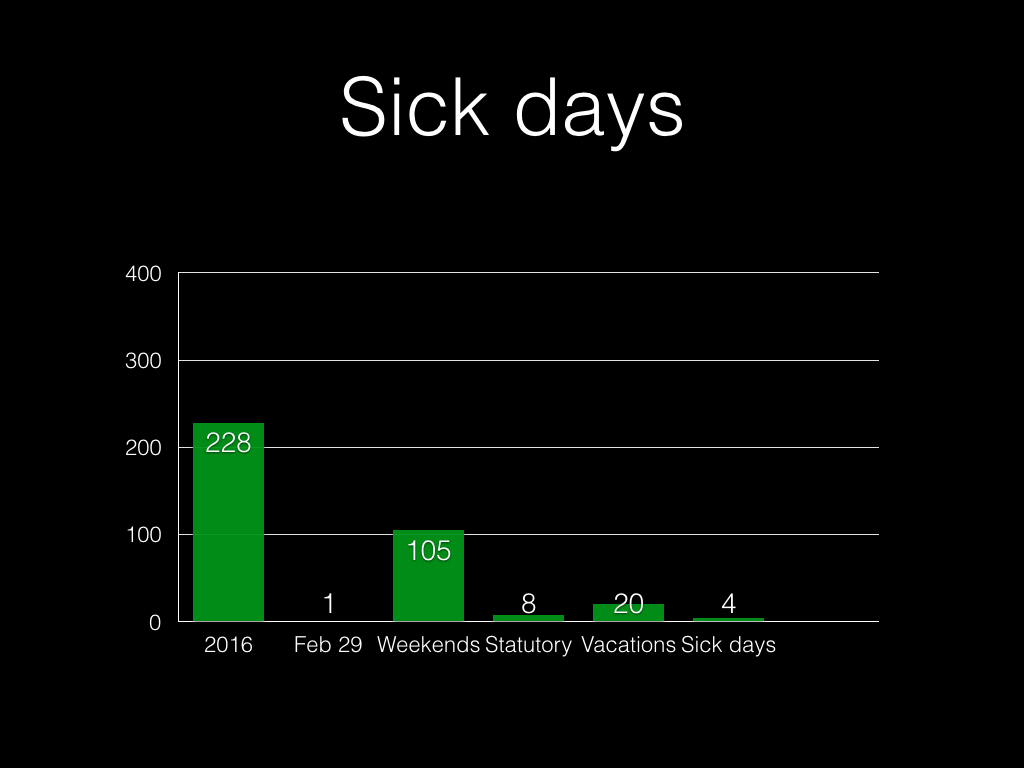 Good companies invest in their employees, whether that’s sending them on courses, or to conferences, or just giving them the authority to learn new skills and techniques on company time. Four days is probably the least-defensible figure here, but it also isn’t completely crazy. 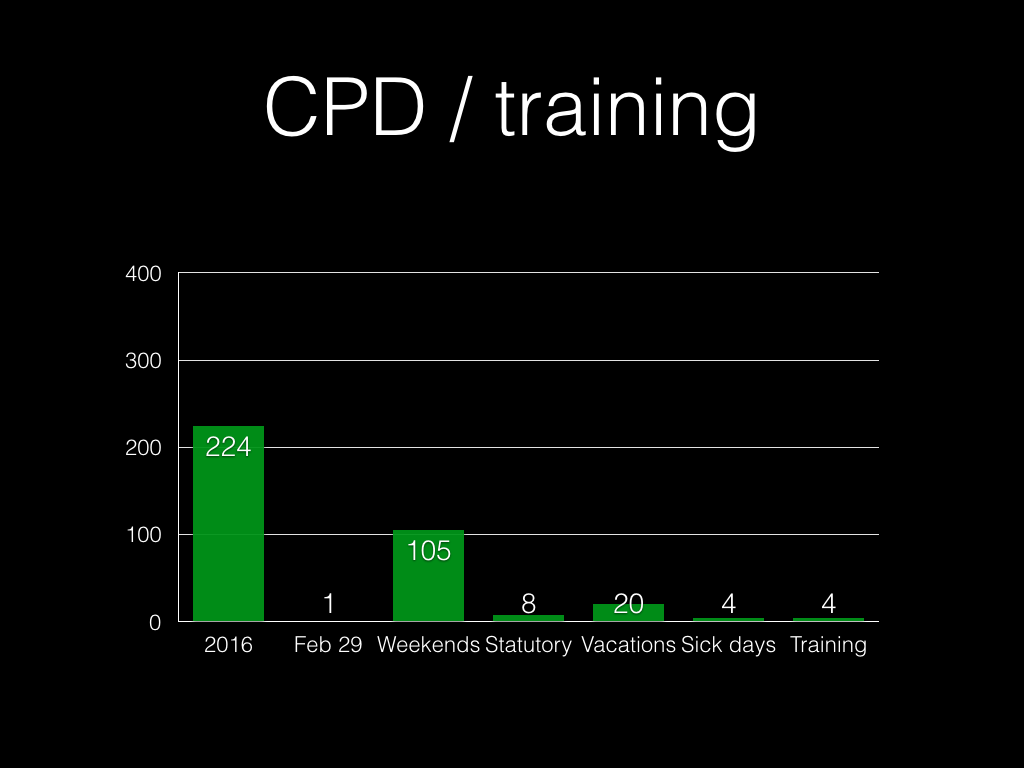 Let’s make it easy on ourselves, and say: 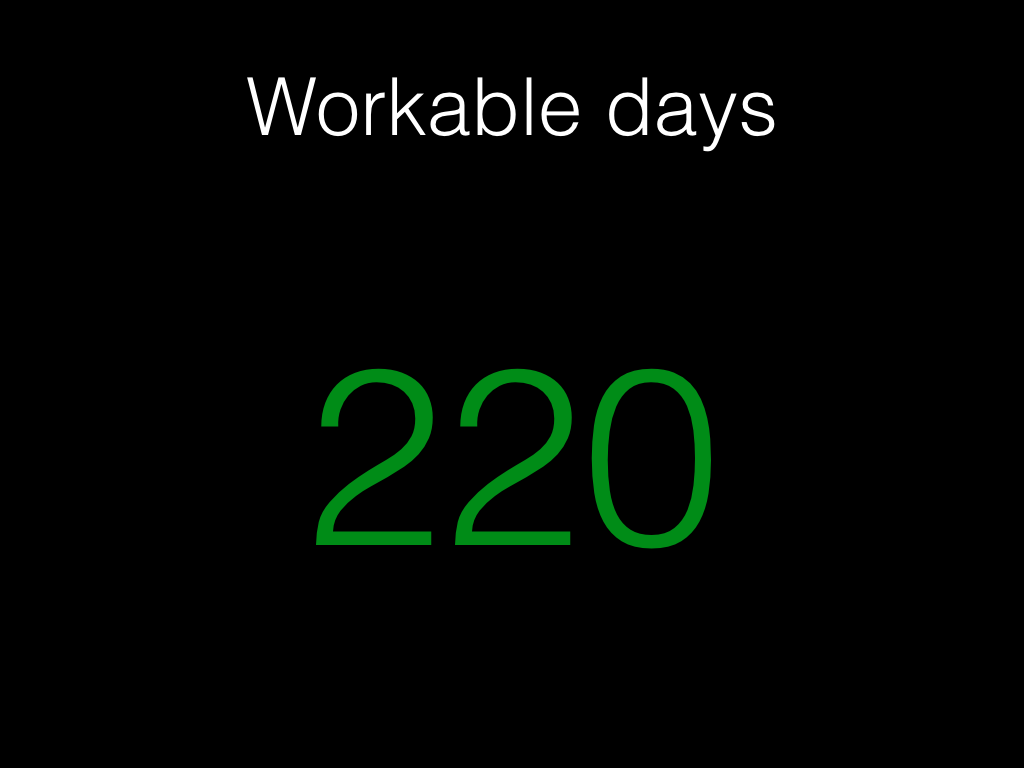 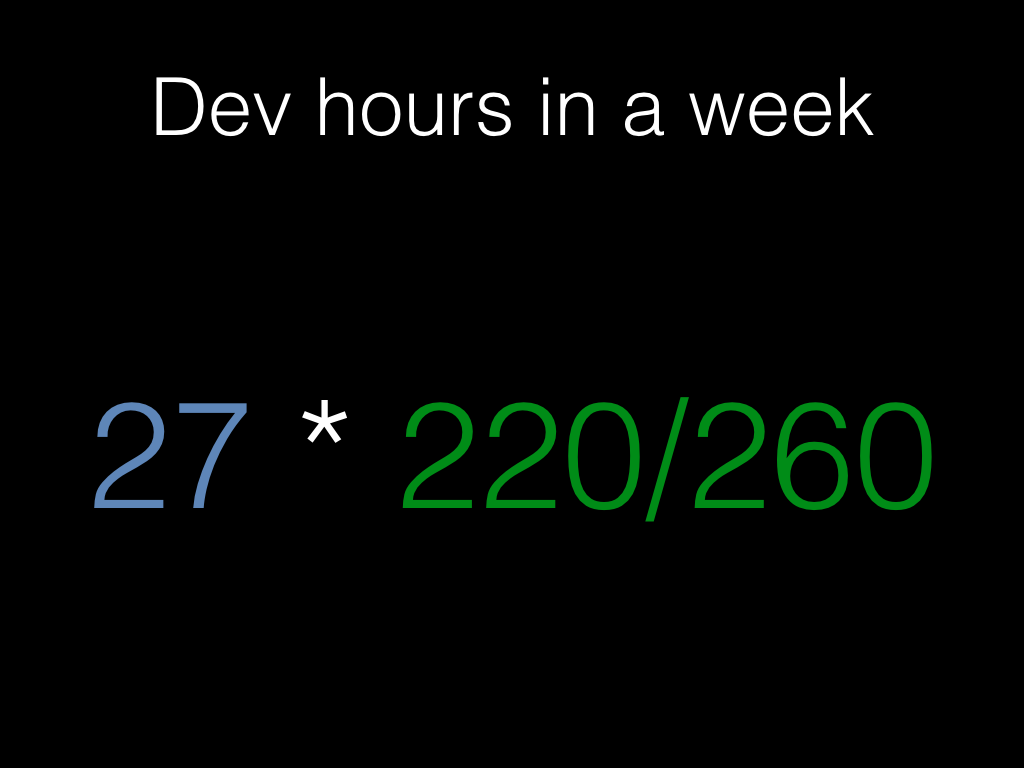 So the average week — taking into account holidays, training, sickness and everything — contains: 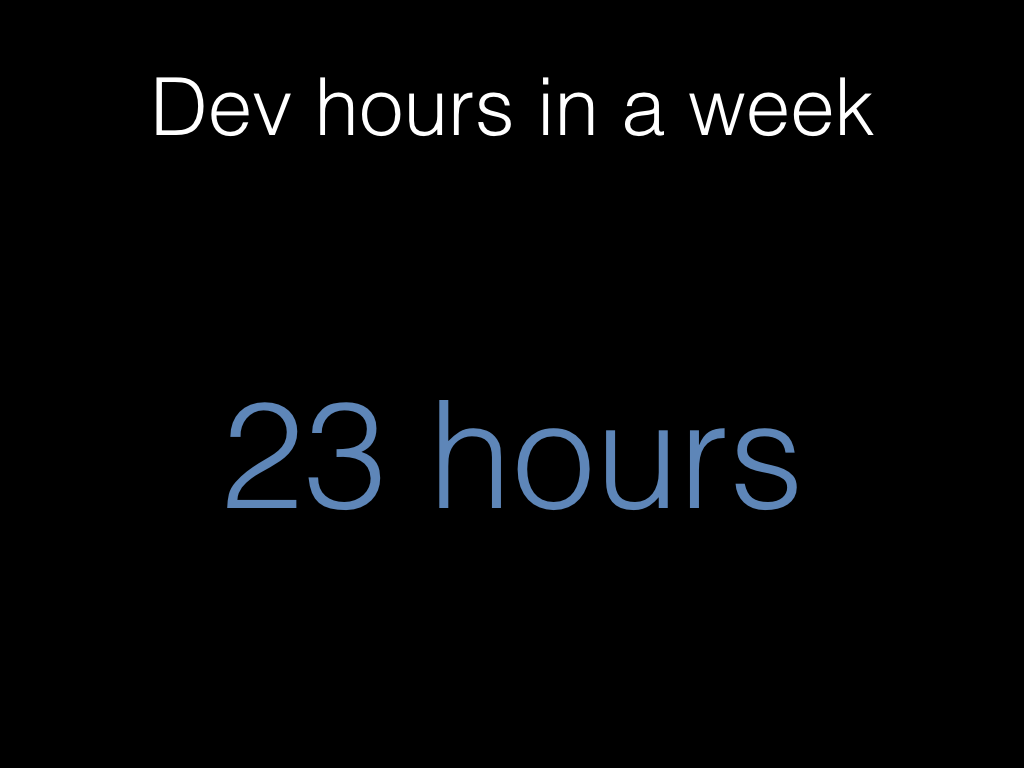 Where did it all go? We’ve lost 17 hours per week! 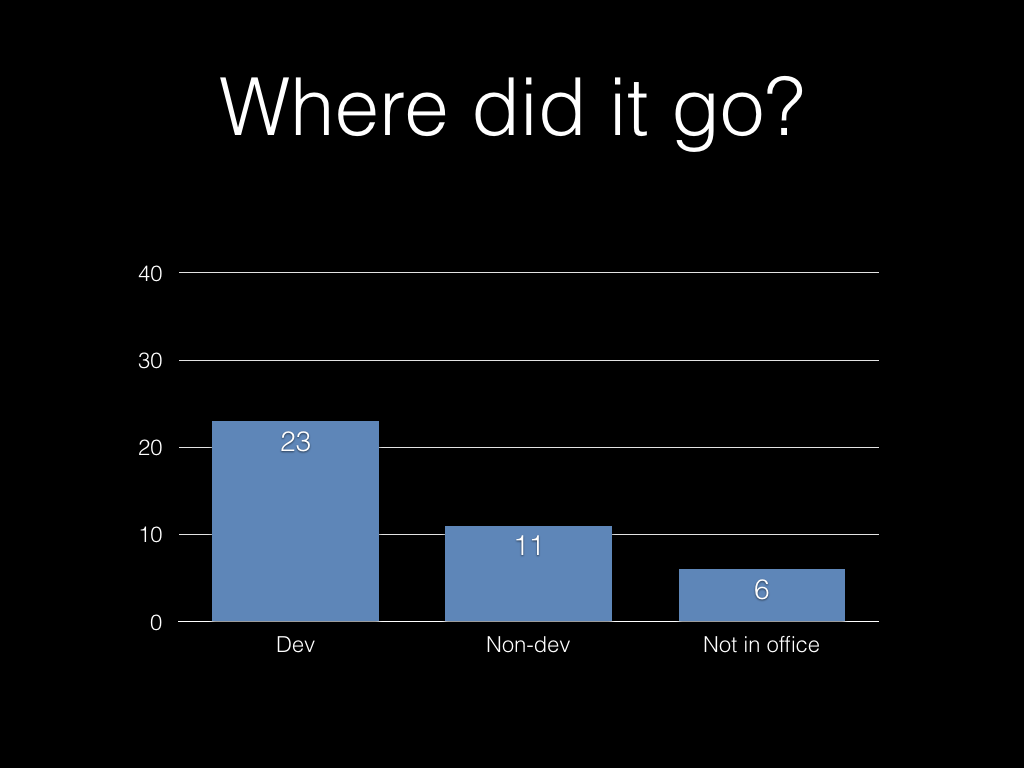 Of course, if you do the sums for your own team you might come out with very different numbers. Maybe you’ll have more development hours, or maybe less. But you aren’t going to get 40 hours per week, every week, out of every team member.

There are two points here.

Even if you include planning meetings, standups and standing at a whiteboard in “developing”, there are other things that employees need to spend time on: things like CPD, mentoring and one-to-one meetings with their managers are an important part of their job too.